Our new hours of operation are 6:00am-10:00pm, 7 days/week for urgent care and hospital admissions only.
If your pet has an emergency during these hours – please call us at 403.873.1700 before coming to the hospital.
When you arrive at the hospital, please STAY IN YOUR CAR and call us for further instructions. 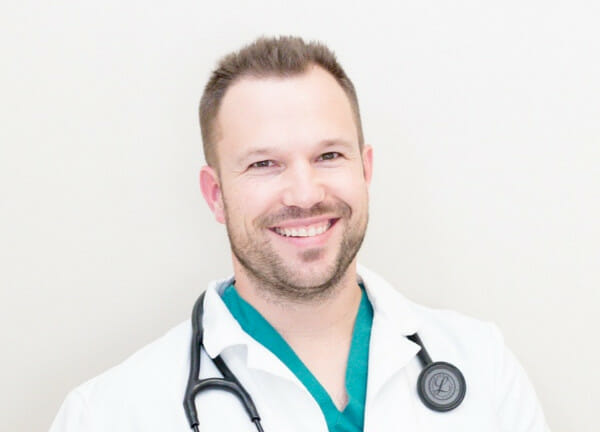 Following graduation, he completed a Large Animal Rotating Internship from the Atlantic Veterinary College and worked as a mixed animal practitioner north of Calgary for a few years. It was during this time that he fell in love with Small Animal Surgery. He then worked as an emergency clinician at the Calgary Animal Referral Centre before moving to the United States to pursue advanced training in Small Animal Surgery in 2008.

He completed a Small Animal Rotating Internship in 2009 at the Veterinary Medical and Surgical Group in Ventura, California. Next, he worked as a Research Fellow at Michigan State University before obtaining a residency in Small Animal Surgery at the University of California-Davis.

During his 3-year surgical residency, he worked with world leaders in cranial cruciate ligament rupture, arthroscopy, fracture repair, joint replacement, laparoscopy, vascular surgery, surgical oncology, wound management and interventional radiology. Upon completion of his residency, he stayed on at the University of California-Davis as a Clinical Instructor. In 2014 he successfully passed his board exams to become a Diplomate of the American College of Veterinary Surgeons – Small Animal. He is excited to be back home to apply the knowledge he gained abroad.